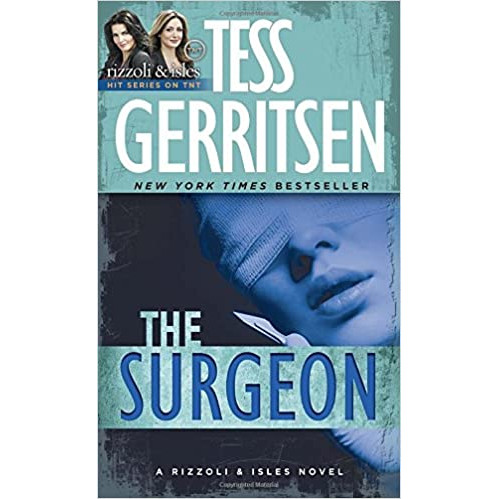 The Surgeon (with Bonus Content): A Rizzoli & Isles Novel

"Gerritsen fans know by now what to expect from her: a fascinating story with a gripping plot and believably human characters. Such is The Surgeon, and, in places, then some. Let new readers learn what the fans delight in.-Booklist"Gliding as smoothly as a scalpel in a confident surgeon's hand, this tale proves that Gerritsen...has morphed into a...suspense novelist whose growing popularity is keeping pace with her ever-finer writing skills."-Publisher's WeeklyFrom the Hardcover edition.

In her most masterful novel of medical suspense, New York Times bestselling author Tess Gerritsen creates a villain of unforgettable evil--and the one woman who can catch him before he kills again.He slips into their homes at night and walks silently into bedrooms where women lie sleeping, unaware of the horrors they soon will endure. The precision of the killer's methods suggests he is a deranged man of medicine, propelling the Boston newspapers and the frightened public to name him "The Surgeon."The cops' only clue rests with another surgeon, the victim of a nearly identical crime. Two years ago, Dr. Catherine Cordell fought back and killed her attacker before he could complete his assault. Now she hides her fears of intimacy behind a cool and elegant exterior and a well-earned reputation as a top trauma surgeon. Cordell's careful facade is about to crack as this new killer recreates, with chilling accuracy, the details of Cordell's own ordeal. With every new murder he seems to be taunting her, cutting ever closer, from her hospital to her home. Her only comfort comes from Thomas Moore, the detective assigned to the case. But even Moore cannot protect Cordell from a brilliant hunter who somehow understands--and savors--the secret fears of every woman he kills.Filled with the authentic detail that is the trademark of this doctor turned author . . . and peopled with rich and complex characters--from the ER to the squad room to the city morgue--here is a thriller of unprecedented depth and suspense. Exposing the shocking link between those who kill and cure, punish and protect, The Surgeon is Tess Gerritsen's most exciting accomplishment yet.From the Hardcover edition.

New York Times bestselling author Tess Gerritsen earned international acclaim for her first novel of suspense, Harvest. She introduced detective Jane Rizzoli in The Surgeon (2001) and Dr. Maura Isles in The Apprentice (2002) and has gone on to write numerous other titles in the celebrated Rizzoli & Isles series, including The Mephisto Club, The Keepsake, Ice Cold, The Silent Girl, Last to Die, and Die Again. Her latest novel is the standalone thriller Playing with Fire. A physician, Tess Gerritsen lives in Maine.