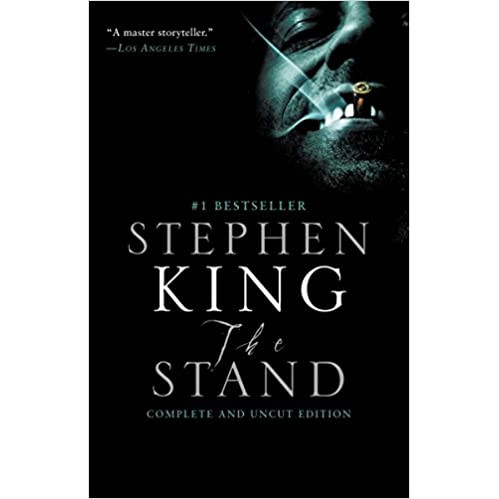 "A master storyteller."    --Los Angeles Times"[The Stand] has everything. Adventure. Roman. Prophecy. Allegory. Satire. Fantasy. Realism. Apocalypse. Great!"    --The New York Times Book Review"As brilliant a dark dream as has ever been dreamed in this century."    --Palm Beach Post
“An undisputed master of suspense and terror.”
— The Washington Post
“King is one of the most powerful storytellers we have. His work satisfies on first reading and is even better the second time around.”
— Chicago Tribune
“Crackling . . . with explosive climaxes.”
— The Boston Globe
“[For] those who like their horror on a humongous scale.”
— Los Angeles Times
“Peerless imagination.”
— The Observer (London)

Stephen King is the author of more than fifty books, all of them worldwide bestsellers. Among his most recent are 11/22/63; Full Dark, No Stars; Under the Dome; Just After Sunset; Duma Key; Lisey’s Story; Cell; and the concluding novels in the Dark Tower saga: Wolves of the Calla, Song of Susannah, and The Dark Tower. His acclaimed nonfiction book, On Writing, is also a bestseller. He was the recipient of the 2003 National Book Foundation Medal for Distinguished Contribution to American Letters, and in 2007, he received the Grand Master Award from the Mystery Writers of America. He lives in Maine with his wife, novelist Tabitha King. www.stephenking.com