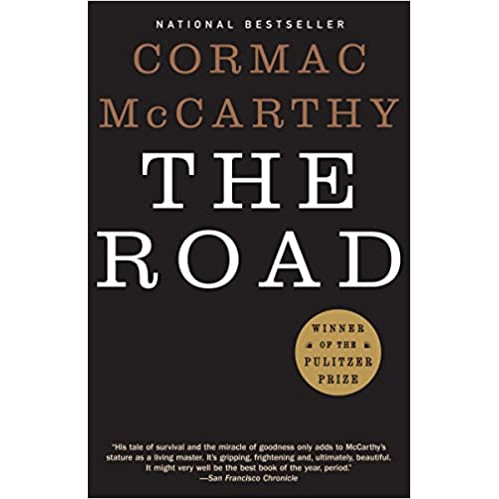 Best known for his Border Trilogy, hailed in the San Francisco Chronicle as "an American classic to stand with the finest literary achievements of the century," Cormac McCarthy has written ten rich and often brutal novels, including the bestselling No Country for Old Men, and The Road. Profoundly dark, told in spare, searing prose, The Road is a post-apocalyptic masterpiece, one of the best books we've read this year, but in case you need a second (and expert) opinion, we asked Dennis Lehane, author of equally rich, occasionally bleak and brutal novels, to read it and give us his take. Read his glowing review below. --Daphne Durham Guest Reviewer: Dennis LehaneDennis Lehane, master of the hard-boiled thriller, generated a cult following with his series about private investigators Patrick Kenzie and Angela Gennaro, wowed readers with the intense and gut-wrenching Mystic River, blew fans all away with the mind-bending Shutter Island, and switches gears with Coronado, his new collection of gritty short stories (and one play). Cormac McCarthy sets his new novel, The Road, in a post-apocalyptic blight of gray skies that drizzle ash, a world in which all matter of wildlife is extinct, starvation is not only prevalent but nearly all-encompassing, and marauding bands of cannibals roam the environment with pieces of human flesh stuck between their teeth. If this sounds oppressive and dispiriting, it is. McCarthy may have just set to paper the definitive vision of the world after nuclear war, and in this recent age of relentless saber-rattling by the global powers, it's not much of a leap to feel his vision could be not far off the mark nor, sadly, right around the corner. Stealing across this horrific (and that's the only word for it) landscape are an unnamed man and his emaciated son, a boy probably around the age of ten. It is the love the father feels for his son, a love as deep and acute as his grief, that could surprise readers of McCarthy's previous work. McCarthy's Gnostic impressions of mankind have left very little place for love. In fact that greatest love affair in any of his novels, I would argue, occurs between the Billy Parham and the wolf in The Crossing. But here the love of a desperate father for his sickly son transcends all else. McCarthy has always written about the battle between light and darkness; the darkness usually comprises 99.9% of the world, while any illumination is the weak shaft thrown by a penlight running low on batteries. In The Road, those batteries are almost out--the entire world is, quite literally, dying--so the final affirmation of hope in the novel's closing pages is all the more shocking and maybe all the more enduring as the boy takes all of his father's (and McCarthy's) rage at the hopeless folly of man and lays it down, lifting up, in its place, the oddest of all things: faith. --Dennis Lehane

"His tale of survival and the miracle of goodness only adds to McCarthy's stature as a living master. It's gripping, frightening and, ultimately, beautiful. It might very well be the best book of the year, period."
— San Francisco Chronicle "Vivid, eloquent . . . The Road is the most readable of [McCarthy's] works, and consistently brilliant in its imagining of the posthumous condition of nature and civilization."
— The New York Times Book Review "One of McCarthy's best novels, probably his most moving and perhaps his most personal."
— Los Angeles Times Book Review "Illuminated by extraordinary tenderness. . . . Simple yet mysterious, simultaneously cryptic and crystal clear. The Road offers nothing in the way of escape or comfort. But its fearless wisdom is more indelible than reassurance could ever be."
— The New York Times "No American writer since Faulkner has wandered so willingly into the swamp waters of deviltry and redemption. . . . [McCarthy] has written this last waltz with enough elegant reserve to capture what matters most."
— The Boston Globe "There is an urgency to each page, and a raw emotional pull . . . making [The Road] easily one of the most harrowing books you'll ever encounter. . . . Once opened, [it is] nearly impossible to put down; it is as if you must keep reading in order for the characters to stay alive. . . . The Road is a deeply imagined work and harrowing no matter what your politics."
— Bookforum "We find this violent, grotesque world rendered in gorgeous, melancholic, even biblical cadences. . . . Few books can do more; few have done better. Read this book."
— Rocky Mountain News "A dark book that glows with the intensity of [McCarthy's] huge gift for language. . . . Why read this? . . . Because in its lapidary transcription of the deepest despair short of total annihilation we may ever know, this book announces the triumph of language over nothingness."
— Chicago Tribune "The love between the father and the son is one of the most profound relationships McCarthy has ever written."
— The Christian Science Monitor "The Road is a wildly powerful and disturbing book that exposes whatever black bedrock lies beneath grief and horror. Disaster has never felt more physically and spiritually real."
— Time "The Road is the logical culmination of everything [McCarthy]'s written."
— Newsweek

Cormac McCarthy is an American novelist, screenwriter, and playwright who has won the Pulitzer Prize, the National Book Award, and the National Book Critics Circle Award. A number of his works have been adapted into films, including All the Pretty Horses, The Road, and the four-time Academy Award–winning No Country for Old Men.