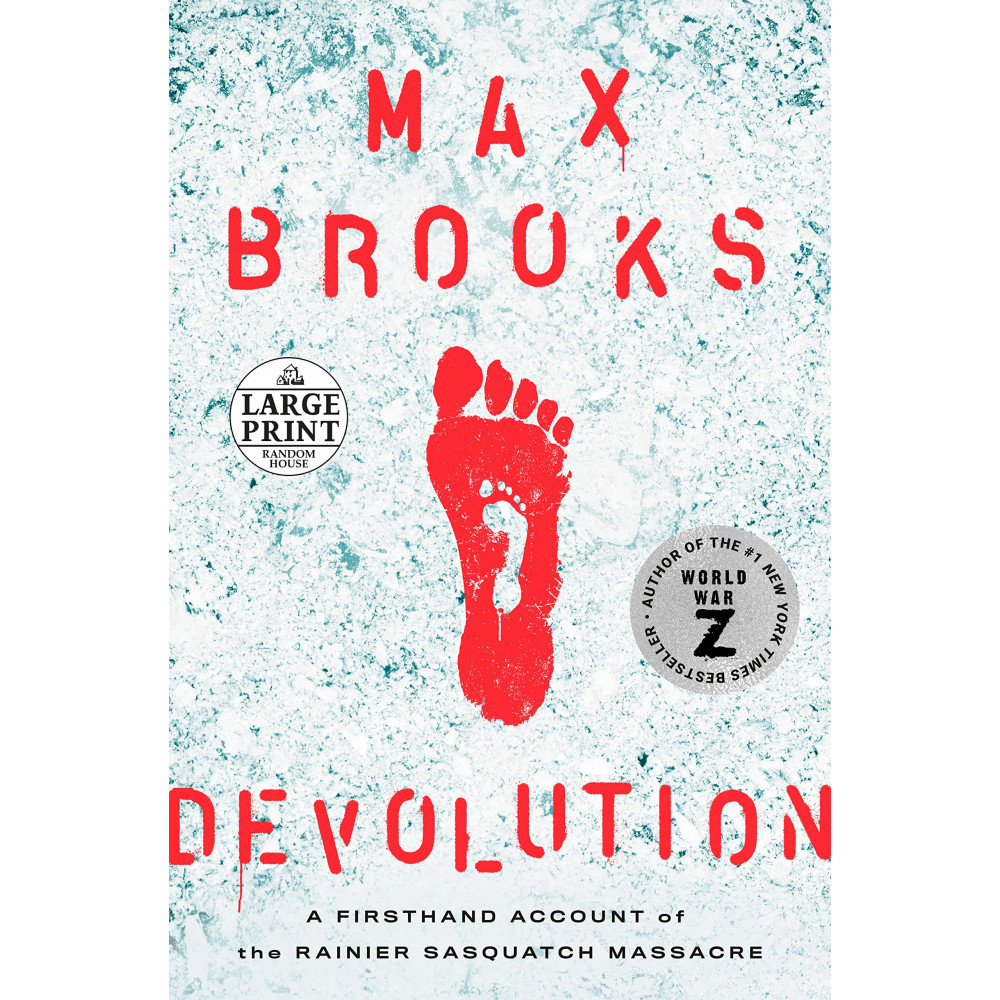 “There’s a bowstring undercurrent running through the whole of Max Brooks’s newest that’s liable to snap a reader in half. Characters so real you could name them from your own life, even as you call for them to run for cover. Max Brooks has written the next great epistolary novel. Devolution is phenomenal.”
— Josh Malerman, New York Times bestselling author of Bird Box and Malorie
“A masterful blend of laugh-out-loud social satire and stuff-your-fist-in-your-mouth horror. One elevates the other, making the book, and its message, all the more relevant.”
— David Sedaris, #1 New York Times bestselling author of Calypso
“Another triumph from Max Brooks!  First zombies. Now Bigfoot. I can’t wait until he turns every monster from childhood into an intelligent, entertaining page-turner.”
— Stephen Chbosky, #1 New York Times bestselling author of Imaginary Friend and The Perks of Being a Wallflower
“Devolution is spellbinding. It is a horror story about how anyone, especially those who think they are above it, can slowly devolve into primal, instinctual behavior. I was gripped from the first page to the last!"
— Les Stroud, creator of Survivorman, filmmaker, and author
“I wish we could elevate the national dialogue on public safety to a level of tone and focus that Max Brooks has demonstrated for all of us.”
— Tom Ridge, former governor of Pennsylvania and first secretary of the U.S. Department of Homeland Security
“Both a bloody good read and a bloody, good read. You’ll never look at a bamboo stake the same way again.”
— Andrew Hunter Murray, Sunday Times bestselling author of The Last Day
“Unputdownable . . . will have you gripped to the last thrilling page.”
— John Marrs, bestselling author of The One­
“It’s terrifying. Brooks is not only dealing with the end of humanity; he’s also showing us our further course toward a new, ineluctable, absolute brutality.”
— BookPage (starred review)
“With stellar worldbuilding, a claustrophobic atmosphere, an inclusive and fascinating cast of characters, and plenty of bloody action, this inventive story will keep readers’ heart rates high.”
— Library Journal (starred review)
“Brooks creates vivid landscapes and has a gift for shifting focus in an instant, turning lovely nature scenes suddenly menacing. Brooks packs his plot with action, information, and atmosphere, and captures both the foibles and the heroism of his characters.”
— Publishers Weekly

Max Brooks is a senior nonresident fellow at the Modern War Institute at West Point and the Atlantic Council’s Brent Scowcroft Center for Strategy and Security. His bestselling books include Minecraft: The Island, The Zombie Survival Guide, and World War Z, which was adapted into a 2013 movie starring Brad Pitt. His graphic novels include the #1 New York Times bestseller The Harlem Hellfighters.