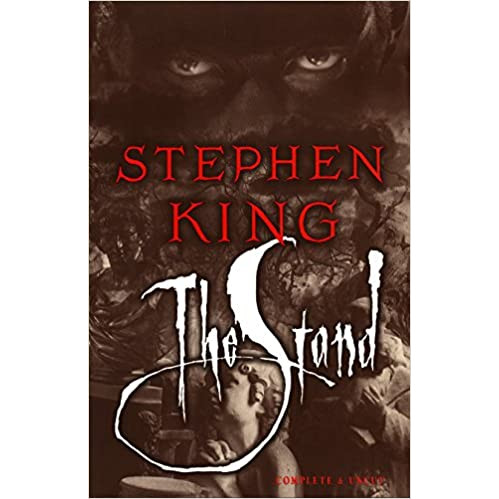 The Stand: The Complete and Uncut Edition (Pasta dura)

In 1978, science fiction writer Spider Robinson wrote a scathing review of The Stand in which he exhorted his readers to grab strangers in bookstores and beg them not to buy it. The Stand is like that. You either love it or hate it, but you can't ignore it. Stephen King's most popular book, according to polls of his fans, is an end-of-the-world scenario: a rapidly mutating flu virus is accidentally released from a U.S. military facility and wipes out 99 and 44/100 percent of the world's population, thus setting the stage for an apocalyptic confrontation between Good and Evil. "I love to burn things up," King says. "It's the werewolf in me, I guess.... The Stand was particularly fulfilling, because there I got a chance to scrub the whole human race, and man, it was fun! ... Much of the compulsive, driven feeling I had while I worked on The Stand came from the vicarious thrill of imagining an entire entrenched social order destroyed in one stroke." There is much to admire in The Stand: the vivid thumbnail sketches with which King populates a whole landscape with dozens of believable characters; the deep sense of nostalgia for things left behind; the way it subverts our sense of reality by showing us a world we find familiar, then flipping it over to reveal the darkness underneath. Anyone who wants to know, or claims to know, the heart of the American experience needs to read this book. --Fiona Webster

In its 1978 incarnation, The Stand was a healthy, hefty 823-pager. Now, King and Doubleday are republishing The Stand in the gigantic version in which, according to King, it was originally written. Not true . The same excellent tale of the walking dude, the chemical warfare weapon called superflu and the confrontation between its survivors has been updated to 1990, so references to Teenage Mutant Ninja Turtles, the Reagan years, Roger Rabbit and AIDS are unnecessarily forced into the mouths of King's late-'70s characters. That said, the extra 400 or so pages of subplots, character development, conversation, interior dialogue, spiritual soul-searching, blood, bone and gristle make King's best novel better still. A new beginning adds verisimilitude to an already frighteningly believable story, while a new ending opens up possibilities for a sequel. Sheer size makes an Everest of the whole deal. BOMC selection, QPB main selection. Copyright 1990 Reed Business Information, Inc.

way the world ends: with a nanosecond of computer error in a Defense Department laboratory and a million casual contacts that form the links in a chain letter of death.And here is the bleak new world of the day after: a world stripped of its institutions and emptied of 99 percent of its people. A world in which a handful of panicky survivors choose sides -- or are chosen. A world in which good rides on the frail shoulders of the 108-year-old Mother Abigail -- and the worst nightmares of evil are embodied in a man with a lethal smile and unspeakable powers: Randall Flagg, the dark man.In 1978 Stephen King published The Stand, the novel that is now considered to be one of his finest works. But as it was first published, The Stand was incomplete, since more than 150,000 words had been cut from the original manuscript.Now Stephen King's apocalyptic vision of a world blasted by plague and embroiled in an elemental struggle between good and

Stephen King is the author of more than fifty books, all of them worldwide bestsellers. Among his most recent are Full Dark, No Stars; Under the Dome; Just After Sunset; Duma Key; Lisey's Story; Cell; and the last three novels in the Dark Tower saga: Wolves of the Calla, Song of Susannah, and The Dark Tower. His acclaimed nonfiction book On Writing is also a bestseller. In 2003, he was awarded the National Book Foundation Medal for Distinguished Contribution to American Letters, and in 2007 he received the Grand Master Award from the Mystery Writers of America. He lives in Maine with his wife, novelist Tabitha King.www.stephenking.com